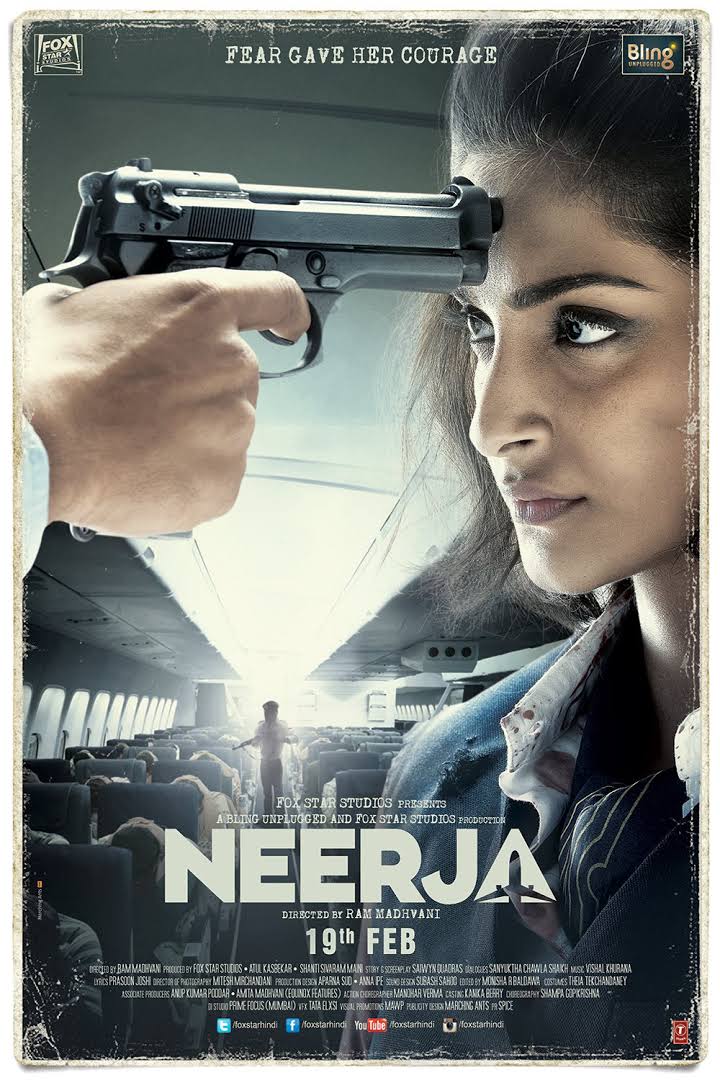 Ram Madhvani's NEERJA is a heroic story of a brave young girl Neerja Bhanot who displayed extraordinary courage during extremely dangerous circumstances. It is a rare film that will make you cry profusely but at the same time scaffold you with strength to raise your voice against injustice and why one must never compromise on self-respect. As a movie watching experience, NEERJA is flawless. There's not a single false note. No compromise at the level of storytelling. Bravo! Neerja Bhanot (Sonam Kapoor) is the purser at Panam Airlines. She is a diehard Rajesh Khanna fan and believes that one must live a Big life rather than living for long. She's also a successful model. Her doting mother Rama Bhanot (Shabana Azmi) and an ever encouraging father Harish Bhanot (Yogendra Tiku) love to pamper their Laado. Neerja has a loving suitor in Jaideep (Shekhar Ravjiani). Life seems to be hunky dory. In the present. The ill-fated flight to New York on which Neerja is the head purser gets hijacked in Karachi by the Libya backed Palestinian terrorist group Abu Nidal. The past suddenly percolates in the memory space, for Neerja had earlier been in an abusive marriage and now she was facing abuse from menacing terrorists. Her extraordinary courage and presence of mind saved the lives of most of the passengers as she put others before herself. Sonam Kapoor has delivered the performance of a lifetime. The fact that Sonam has displayed astounding courage in real life at many an occasion by speaking about contentious subjects of national importance without bothering about the hate coming her way, she carries a certain credibility in this context that is very believable. What's laudable is her precision. She never overdoes. Most importantly she internalizes the courageous spirit of Neerja who had a sound head during inhuman circumstances. When Sonam cries, you'd cry with her. Also, by the end you'd feel like saluting the heroic spirit of both Neerja as well as Sonam. Shabana Azmi adds another feather to her illustrious cap. The entertaining way in which she speaks Punjabi, the state of temporarily losing one's mind and the way she becomes Rama Bhanot is a good enough reason in itself to watch the film. Yogendra Tiku as Harish Bhanot is very effective in instilling fearlessness in his daughter. One of the terrorists by the name of Khalil looks every bit a hard core terrorist with a maniacal bent of mind. Excellent casting. Mitesh Mirchandani's cinematography is excellent. Vishal Khurana's music and background score adds value to the film. 'Jeete Hain Chal' and 'Gehra Ishq' are wonderful compositions and brilliantly written by wordsmith Prasoon Joshi. Vishal's background score adds the necessary fear and suspense. On the whole, NEERJA is a must watch ode to the youngest recipient of the highest civilian honour Ashok Chakra for displaying extraordinary courage and human kindness. It is a film that will make you stand up for what's genuinely Right without bothering about nationality, religion, sex, cast or colour of the skin. Most importantly as a movie watching experience, you'll be glued to the movie screen with tears and admiration welling up in your eyes. NEERJA is a movie that will make you a better person. Don't miss it! 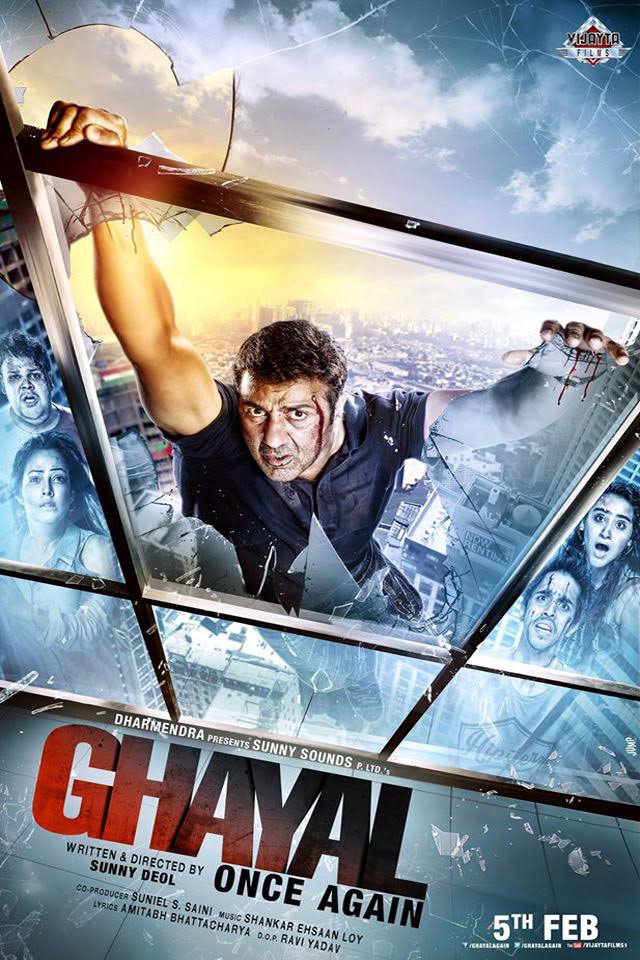 Ajay Mehra (from previous Ghayal-1990), after finishing off his life sentence, starts a newspaper called Satyakam. Still dealing with the haunting trauma of losing his loved ones, Ajay manages to make a credible name for himself in investigative journalism. Working with a strange team of RTI activists, ex-criminals and ilk; and even stranger ways of unearthing and presenting truth, Ajay Mehra has earned quite a fan following among the youths, who finds his fearless and unforgiving approach in dealing with all kinds of sociopaths very inspiring. Among his die hard fans are these four teenagers who happened to have received bravery medals from him once. These four friends once out on photography expedition, accidentally record a murder on a camera. The footage turns out to be explosive as it clearly shows two of the city's most powerful people involved in the murder. Well what happens after this is a series of twists and turns where the four kids get entangled and have to fight it out ......