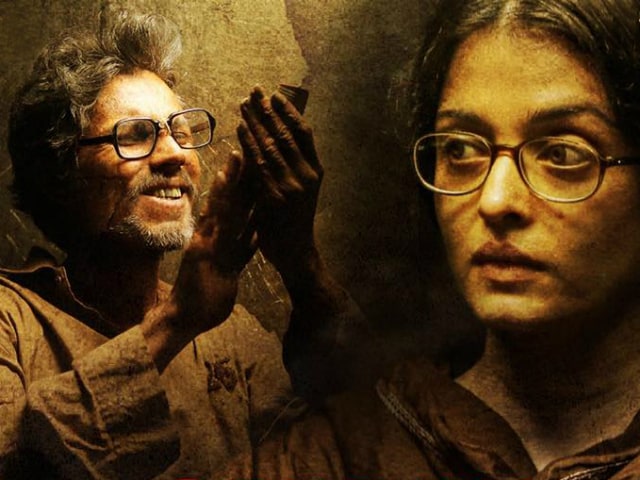 Omung Kumar's Sarbjit is a film trapped in no man's land. Based on a newsy real-life story, it takes cavalier liberties with reality. The result is a disappointment of monumental proportions.

Aishwarya Rai-Bachchan is woefully miscast as the dogged sister of the titular character.


Aishwarya as Dalbir Kaur, a gutsy woman who put everything at stake in the fight for the release of her brother from a Pakistani jail, neither looks nor sounds like a true-blue sardarni.

Her tinny dialogue delivery and wayward diction come in the way and prevent the film from acquiring any genuine heft and height.

However Randeep Hooda is nimble footed here. His deterioration in the Pakistani jail is shockingly brutal and well acted. The violence is gritty and real. The scenes that have been orchestrated to underline the closeness between the siblings touch a raw nerve.

Actress Richa Chadda is splendid in her limited role as the eternally hopeful wife. She acts with her eyes and keeps it subtle. Her arms — unlike Bachchan’s — don’t flay belligerently to convey her despair. Perhaps, you can never take the Miss World out of the former beauty queen.Another downside to Sarbjit is that Kumar tries to infuse a few trademark Bollywood sentiments into the drama. A wedding that has been designed to showcase Rai’s graceful dance moves and scenes that highlight the sturdy bond of Indian families don’t add much to the issue at hand: Justice, that was allegedly, delayed and denied.

The scene in which Kaur’s lawyer takes her to a place of worship in Pakistan right after her visit to her brother in prision isn’t wholly believable and just makes the film unnecessarily melodramatic. Sarbjitwould have benefitted greatly had it been a no-frills affair rather than making it a mainstream movie filled with commercial elements. The good news is that Sarbjit — which deals with the tenuous relationship and long-enduring tensions between India and Pakistan — isn’t reduced to a jingoistic exercise.

Rai Bachchan is making a plea to all to be humane, however some of her voice is drowned as the makers are desperate to make it an edible film for the Bollywood movie fans who like a bit of dance and drama.