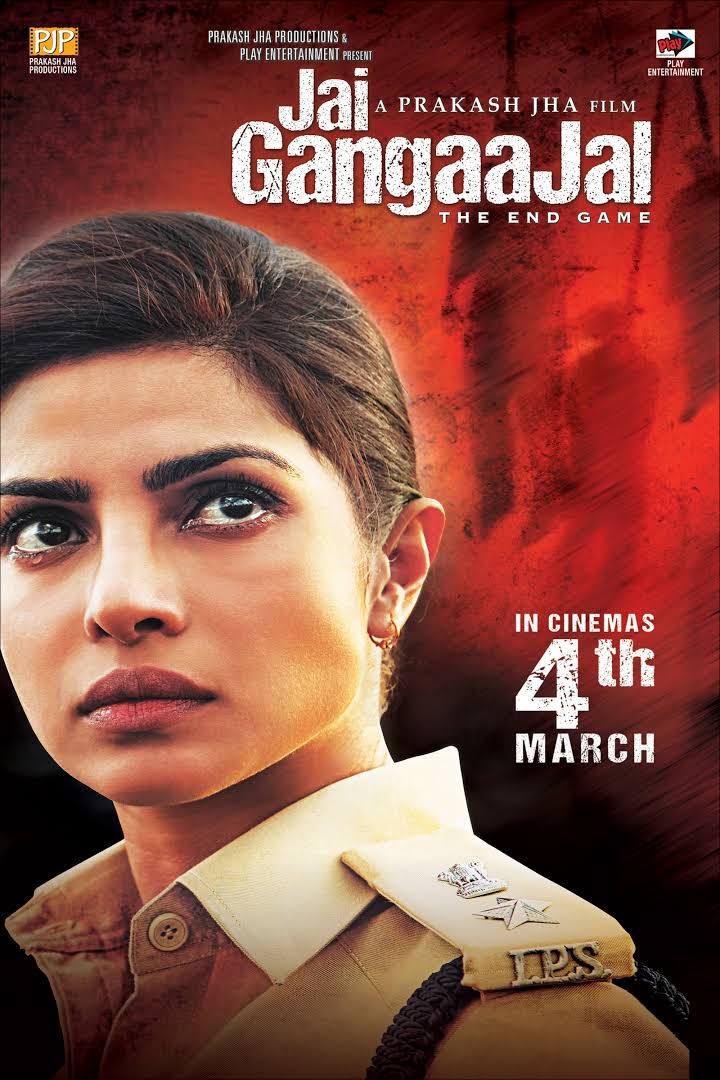 Fearless police officer Abha Mathur (Priyanka Chopra) has her neck in a vice-like grip of a dirty, corrupt politician, played by Manav Kaul.
He snarls: “Put a woman in a uniform, give her some powers, and she’s out of control.” It’s a bigoted, sexist statement to make, but that line rings true for Jai Gangaajal, rather than Abha Mathur. This police drama careens out of control after a few minutes.
It’s a confusing blend of social commentary on mob justice, the rich-poor divide and power-hungry politicians.
Chopra, India’s rising cultural export who can do no wrong after her successful foray into the West, tries her best to elevate this police drama into an engaging film. But she’s no miracle worker nor is she a charismatic-but-questionably-talented Salman Khan who can spin gold out of straws by being cheeky. But what she can do exceptionally well is hit hard with a stick. The scenes in which she bludgeons a grimy goon, who attempts to sexually abuse a girl, packs a punch.
Chopra is not awkward as a police officer nor does she try to be manly in her male-dominated workplace, but her perfectly-stained lips are a distraction. In the climax after a particularly rough encounter with the villain, she comes out of it looking like a bruise-free peach.
Director Prakash Jha, who makes an attempt to act with his rogue cop role, should stick to what he does best: direct his actors. He’s endearingly earnest, but he lacks charisma — that intangible quality that makes actors magnetic on the big screen. Also, he sounds a lot like veteran actor Nana Patekar.
Jai Gangaajal is crammed with issues such as corporate greed, debt-ridden farms, lawless cities and frustrated civilians, but there’s no particular direction to all that chaos.
If you are a Chopra fan and would love to see her kick bad guys into submission, then give this film a shot. Otherwise, skip it.