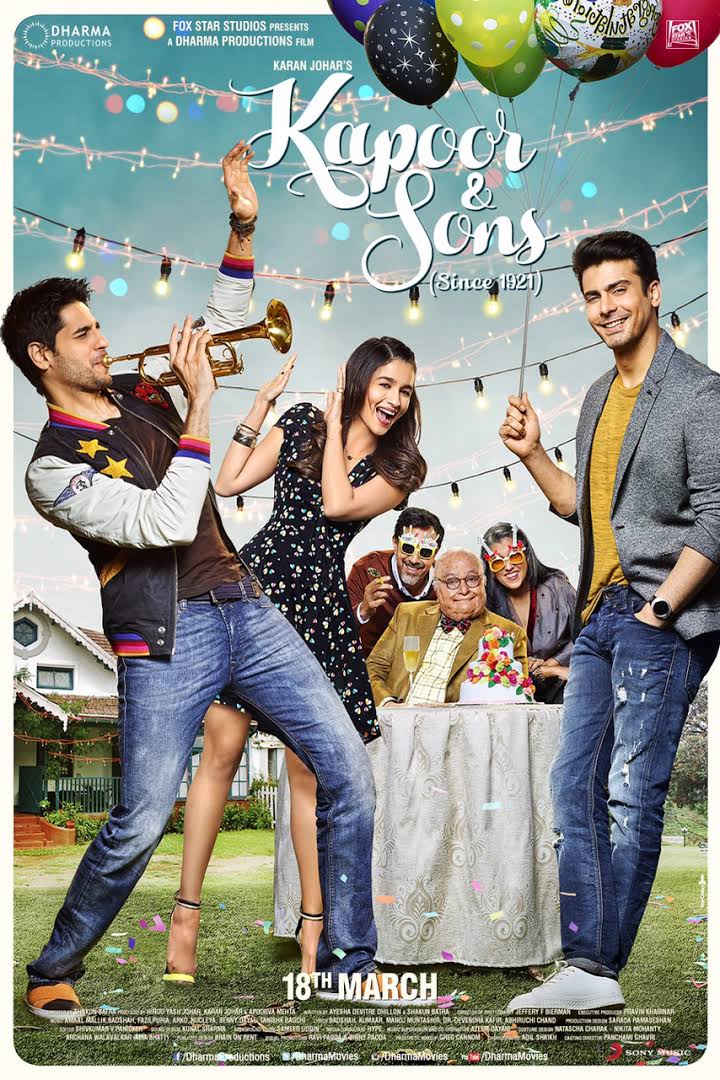 Director Shakun Bhatra’s Kapoor & Sons, a story about two brothers who return home to the picturesque Coonoor, a hill station in Tamil Nadu, to visit their ailing grandfather, is a touching film made terrific by some great performances. Of course, that the two are supremely good-looking only helps matters.
Fawad Khan plays the suave Rahul, a successful novelist, with great conviction. He’s the elder brother who’s the golden grandson of the Kapoor family. He’s kind, sincere and loving. But it’s the scenes in which he reveals his vulnerable side that makes him truly shine. For once, Bollywood has also tackled non-conformist choices (you need to watch the film to know more) with great sensitivity.
The proverbial black sheep and the under-achiever is Arjun, played by Malhotra. He’s good, but relatively raw when compared to the pitch-perfect performances by Khan and his on-screen parents, played by Rajat Kapoor and Ratna Pathak.
This is a film that isn’t led by the heroics of a single chest-puffing hero. All the characters in this drama are flawed, but their imperfections make them endearing. The squabbles at the dinner table are so believable and played out so naturally, that you feel invested in them.
But the knock-out parts are in the interaction between the two brothers. The rivalry, their intimacy and the delicate strain of jealousy between siblings is subtly brought out. Batra does a fabulous job of not overdoing it.
Alia Bhatt, who plays the winsome Tia, is instantly likeable. Rishi, as the naughty granddad, is cute for most parts, but turns stoic towards the climax. His make-up was distracting.
The expectations hoisted on being the perfect child in an Indian family are wonderfully told in this film.
Kapoor & Sons flourishes as a unit and is the sum total of mature performances by the entire Kapoor clan.